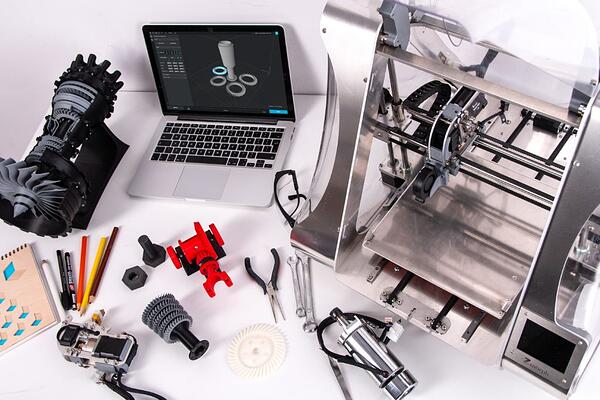 The main areas of use of biotechnology today are medicine, pharmaceuticals, agriculture, and other industries, where BioTech innovations can reduce the cost of production, speed up the development of vaccines, or model the changes of genomel. But, the development in this area is very expensive, and the necessary research requires a lot of time, and all kind of resources.

The cost of BioTech solutions is also influenced by the availability of technological and human resources. Research centers, special devices, and highly qualified specialists are needed for the development, testing, and implementation of advances in biotechnology and healthcare. The more there are, the lower the cost of producing medtech products due to the ability to scale development. At the same time, it is necessary to demo the statistically representative data, which demands the repetition of experiments and very careful documentation of all the experiments’ work circles, which create additional costs.

It is necessary to increase capacity in research centers through the purchase of modern and productive equipment to reduce the cost of technology. Also, other ways are needed to modernize production facilities, which will help to speed up the Design-Build-Test-Learn cycle. It should be borne in mind that the equipment itself will not help to process and structure huge amounts of data. As one of the way to optimization, artificial intelligence integration can work nowadays. They take the burden off specialists, dismissing the routine work, and in some ways can structurize the documentation flow and research data storage.

Examples of the use of AI and ML in biotechnology

Scientists from Russia and Belarus have developed a special substrate for efficient stem cell growth. This substrate can be used to develop new materials and technologies in the field of regenerative medicine.

According to the representative of the research group, such substrates can be created based on bacterial cellulose, which is produced by the bacteria Acetobacteraceae bacteria, and which is modified with cerium oxide nanoparticles, which give it unique bioactivity and provide accelerated division of stem cells on its surface, which is the main tool of regenerative medicine.

These cells can self-renew, divide through mitosis and differentiate into specialized cells, that is, turn into cells of various organs and tissues. The researchers used special fluorescent stem cells from transgenic mice with a mutation that gives a green glow to all cells in the body. This made it possible to visualize stem cells on a substrate and analyze the process of their accelerated division.

Traditional functional, active, grip-capable prostheses are controlled by signals of the electrical activity of the muscles, which are recorded and transmitted by an electromyograph. Researchers used an ultrasound probe to track muscle contractions on a healthy arm, which are used for each individual finger. Then, an algorithm based on machine learning was trained on the data obtained. This algorithm helped to predict individual finger movements from the contractions of the remaining muscles, which were also monitored using ultrasound and perform them.

So the use of AI allows you to speed up the modeling of processes, increase the accuracy, which ultimately allows you to reduce costs and improve the results obtained.

Ultrasound is not the only method by which precise motor movements of a guided prosthesis can be achieved. For example, modern neuro interfaces make it possible to control the fingers of a biomechanical prosthesis by registering the electrical activity of the brain in the area of the motor cortex.

Silvestro Micera of the Federal Polytechnic School of Lausanne (Switzerland) and his colleagues have equipped a biomechanical arm with sensors that assess the pressure of the hand on an object by the tension in artificial tendons that control finger movements. According to these voltages, the sensors generate an electrical signal. In this form, the nervous system does not understand it, so an algorithm was needed that would convert this signal into a language understandable for the nervous system. After that, the modified impulse is fed through the electrodes to the nerves of the surviving shoulder.

During the experiment, he was blindfolded and plugged his ears to limit the perception of the mechanical hand only to the sensations from it. It turned out that Dennis could not only control the strength of the grip, but also determine the shape of the object, for example, he distinguished a cube from a ball and all thanks to the difference in the tension of the artificial tendons.

Electrode implants, created in the laboratory of Thomas Stiglitz at the University of Freiburg (Germany), were designed to transmit extremely weak signals.

How does AI modeling and machine learning affect business?

Systems with AI are transforming existing business models. They help automate processes and revolutionize the industry. Why and how to use AI in modeling?

A system in which AI is already applied, for example, digital supply chains, the development of complex medicines, biotech products, smart enterprises, etc., must take these technologies into account in the simulation model, as in digital twins and in systems for analyzing possible situations. AI elements can be directly embedded into the simulation model for testing and predicting events.

Another possibility of using AI in simulation is optimization. Agent models can take into account many parameters, and the time frame for testing all possible combinations for them is often impossible. AI tools will speed up calibration and enable more efficient optimization.

In case the system uses a set of rules to generate solutions, deep learning elements can be built into it. These changes can be reflected in the pattern or results of the simulation, which can contribute training of the neural net. Thus, simulation models will become a powerful tool for supporting deep learning algorithms.

Modern methods of computer modeling make it possible to predict many properties of the materials being developed. There are cases when the use of computational tests reduces the cost of development by a factor of thousands. The non-experimental design of new products with desired properties and technologies for their preparation is becoming the standard for the materials industry.

Powerful enough clusters are capable of browsing and testing commercial catalogs of hundreds of thousands of substances in weeks. Unfortunately, when searching for composites-materials consisting of different substances, the number of combinations that require searching turns out to be unimaginable.

Powerful PCs, and even more so clusters, make it possible to calculate candidates for the role of drugs interacting with individual proteins or other functionally important biomolecules. The atomistically accurate data obtained are very important, but the duration of a computational experiment is often comparable to the time of a real test.

It is available to your biotech company too!

A simulation model for developing and debugging complex assembly lines or product development processes can run on a typical laptop and provide valuable, practical solutions for as little as a few thousand dollars per user. The low cost means that companies of all sizes can now use this digital marvel in a wide variety of areas.

Government organizations also do not stand aside and get involved in the process. For example, the British Parliament even has a Committee on Artificial Intelligence, which analyzes new developments in this area.

With modern computers and next-generation tools, modeling and visualization capabilities are now available even to small and medium-sized companies. The use of AI gives an increase in accuracy, acceleration of process modeling, and a decrease in terms. As a result, the business gets lower costs and higher efficiency. This makes it possible to accelerate the application of new production processes, reduce the time to market a product, and lower risks.

In addition to those described above, there are many examples when at the intersection of advanced technologies from synergy unique biotechnological solutions are born, the most complex research in genetics, medicine, and related fields is accelerated.

In case you are in doubt yet about how the use of AI and ML can help you in your business, just talk to any advanced AI scientific team to see the areas of application of these technologies that you previously could not imagine.

The primary kinds of services that may be obtained through RCN